An Android TV box is a small electronic device that connects to your television to stream and play videos and games. It is simply a TV box running the Android operating system .This is the same operating system as the one running on your smartphone, tablet and millions of other devices throughout the world. They are quite popular also because they are an inexpensive method of transforming just about any setup into a smart TV.

You’ve probably heard a lot of different terminology being thrown around different sites, forums and Facebook groups: Streaming media device, TV box, IPTV box, set top boxes, media streamer, HTPC, Android TV box and Kodi box. They’re all basically the same type of device – something that gets content from your home network or the Internet to your television.

What makes Android Boxes so great as an entertainment hub is their affordability and flexibility. There are dozens of Android TV boxes for under $100 that can stream 4K content without issues. For a couple of dollars more, the mid to high-end devices provide as much processing power and memory as modern computers, allowing you to enjoy gaming (with the right gamepad) or watch content in HDR. If you prefer to not have a clunky box in your living room, you can also use an Android TV Stick as your multimedia hub.

A much better option for streaming is using paid IPTV services. IPTV boxes ultimately supercharge your otherwise old TV and let you immerse yourself into a whole new world of internet streaming services, such as iPlayer and Netflix. With these boxes, you also get to enjoy applications like Kodi and Plex without changing your television for a smart TV. These boxes are not only excellent for their entertainment magic, but they are also mostly quite affordable too.

The first thing you should know if you are new to IPTV interfaces is that they are generally of two types – the self-powering boxes that you place close to your TV and the small sticks that you attach directly to your TV via an HDMI connector. In terms of connectivity, they all can connect to internet networks via Wi-Fi, with some others having an option of connecting through an Ethernet cable. These two factors are down to the buyer’s preferences and requirements for his or her setup.

Another huge factor that you look out for is what you can watch with any given unit. The thing about TV boxes is that, once you get the hang of them, then making a choice becomes straightforward. If you plan to use it for streaming content from Amazon Prime or Netflix, your choice will be limited. This is because the only Android IPTV boxes that can stream Netflix in 4K are the following: 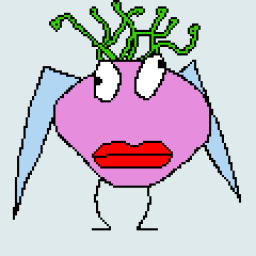